Risk comes from not knowing what you're doing

As part of the Australian Government’s ongoing efforts to promote innovation, a range of Tax incentives were introduced from 1st July 2016 for investments in qualifying Early Stage Innovation Companies (ESICs) by Eligible investors. The incentives are contained in Division 360 of the Income Tax Assessment Act 1997.

From 1st July 2016, tax incentives are available to Eligible investors who invest in qualifying ESICs.

What is an Eligible investor?

An Eligible investor is either:

• A sophisticated or professional investor (as defined in the Corporations Act); or

• A retail (or non-sophisticated) investor that has invested $50,000 or less in the income year.

What is a qualifying ESIC? (Early Stage Innovation Company)

A company will qualify as an ESIC if it meets both:

• the early stage tests; and

• one of the innovation tests

• The company had assessable income of $200,000 or less in the prior income year;

• The company is not listed on any stock exchange;

• The company was incorporated in Australia;

The company is involved in innovation, by either;

• meeting a principles-based test through self-assessment; or

• meeting a 100 point “gateway test” through self-assessment; or

• receiving a determination from the Australian Taxation Office.

What incentives are available?

• a 20 percent carry-forward tax offset on amounts invested in qualifying ESICs, with the offset capped at $200,000 per investor per year and;

• a 10-year exemption on capital gains tax for investments held as shares in an ESIC for at least 12 months, provided that the shares held do not constitute more than a 30 percent interest in the ESIC.

Lets assume John invests $300,000 in a qualifying ESIC. He can offset (ie reduce his taxable income) by 20% of the amount invested (ie $60,000) in the current year. If he offsets a lower amount, the excess can be carried forward to later income year(s).

We’ve provided a summary only of the Early Stage Tax Incentives above. Please obtain professional advice if you intend to take advantage of these incentives. 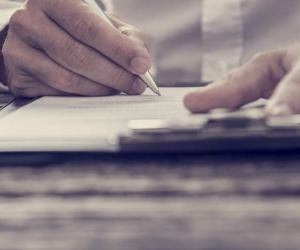 You must consider the CSF offer document in its entirety and the prescribed Risk Warning before investing in a CSF offer.

Before you register your interest to invest, read carefully...

Crowd-sourced funding is risky. Issuers using this facility include new or rapidly growing ventures. Investment in these types of ventures is speculative and carries high risks.

Your investment is unlikely to be liquid. This means you are unlikely to be able to sell your shares quickly or at all if you need the money or decide that this investment is not right for you. Even though you have remedies for misleading statements in the offer document or misconduct by the company, you may have difficulty recovering your money.

There are rules for handling your money. However, if your money is handled inappropriately or the person operating the platform on which this offer is published becomes insolvent, you may have difficulty recovering your money. Ask questions, read all information given carefully, and seek independent financial advice before committing yourself to any investment.

Please note that you have clicked on a link to an external website and are leaving www.Sharequity.com.au.

External links are provided as a convenience and for information purposes only. They do not constitute advice, an endorsement or an approval by Sharequity Pty Ltd, its directors, officers, employees or associates (including, without limitation, Big Start Pty Ltd) (together, "Sharequity") of any of the products, services or opinions of the corporation or individual's website.

Sharequity makes no representations or warranties about the accuracy or completeness of any information contained on an external website and bears no responsibility for the legality or content of the external site or for that of subsequent links.

Sharequity, its directors, affiliates, officers, employees, agents, contractors, successors, and assignors do not accept any liability for any:

The limitation on liability contained in this disclaimer applies to direct, indirect, consequential, special, punitive or any other damages that you or others may suffer, as well as damages for loss of profit, business interruption or the loss of data or information, as a result of relying on information accessible from our website, including using links provided to external websites.

You agree to comply with ours, and other websites' applicable terms and conditions, financial services guides, privacy statements, disclaimers and agreements.