Risk comes from not knowing what you're doing

Historically Equity Crowdfunding in Australia was regulated under the general capital raising provisions of the Corporations Act, however, these provisions were quickly found to be wholly unsatisfactory for a range of reasons. After several years’ lobbying from a range of parties, specific legislation enabling Equity Crowdfunding - The Corporations Amendment (Crowd-sourced Funding) Act 2017 - received Royal Assent on 28 March 2017 and takes effect from 29 September 2017. Broadly, the legislation allows public companies to make Crowd Sourced Equity Funding (CSF) offers using a defined disclosure document with reduced regulatory requirements while maintaining appropriate investor protections.

Key aspects of the legislation include;

• eligible public companies are able to make offers of their shares, via an intermediary CSF service, using an offer document;

• unlisted public companies with less than $25 million in assets and annual turnover are eligible to raise funds under the CSF regime.

• eligible companies will be able to make offers of ordinary shares to raise up to $5 million in any 12-month period;

• public companies making CSF offers will not have to comply with certain reporting, audit and AGM obligations that would usually apply to public companies, for up to five years.

The legislation contains a number of important CSF investor protections;

• an investor cap of $10,000 per annum per company for retail investors;

• the provision of a CSF offer document containing minimum information and a prescribed risk warning;

Under the CSF regime, intermediaries are required to hold an Australian Financial Services (AFS) license with an authorisation to provide a CSF service.

The AFS licence obligations under the Corporations Act will apply, including;

•the obligation to act efficiently, honestly and fairly, and comply with the conditions of the licence and the financial services laws;

• an obligation to notify significant breaches;

• an obligation to lodge annual financial statements and an auditor's report;

• organisational competence – maintaining the competence to provide the financial services;

• having adequate compensation arrangements, and

The original legislation has been criticised for limiting CSF offers to unlisted Public companies. However, the Australian 2017/18 Budget, announced on 9th May 2017, proposed an extension of the Crowd Sourced Equity Funding legislation to allow Proprietary companies to access CSF, and the relaxation of the maximum number of shareholders allowed by Proprietary companies by allowing an unlimited number of CSF shareholders. These additional measures have yet to be passed.

The Crowdsourced Funding Act provides a clear and workable framework to conduct Equity Crowdfunding campaigns in Australia. The proposed extension of the legislation to Proprietary companies significantly increases its scope and application. With the legislation due to take effect from September 2017, we anticipate that Equity Crowdfunding will see strong growth and take up as an attractive alternative equity funding source now that much of the regulatory uncertainty has been removed.

We’ve provided a summary only of the Early Stage Tax Incentives above. Please obtain professional advice if you intend to take advantage of these incentives. 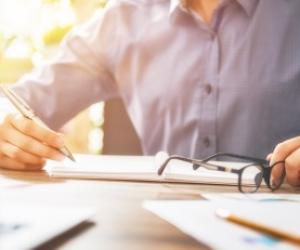 As part of the Australian Government s ongoing efforts to promote innovation a range of Tax incentives were introduced from...

You must consider the CSF offer document in its entirety and the prescribed Risk Warning before investing in a CSF offer.

Before you register your interest to invest, read carefully...

Crowd-sourced funding is risky. Issuers using this facility include new or rapidly growing ventures. Investment in these types of ventures is speculative and carries high risks.

Your investment is unlikely to be liquid. This means you are unlikely to be able to sell your shares quickly or at all if you need the money or decide that this investment is not right for you. Even though you have remedies for misleading statements in the offer document or misconduct by the company, you may have difficulty recovering your money.

There are rules for handling your money. However, if your money is handled inappropriately or the person operating the platform on which this offer is published becomes insolvent, you may have difficulty recovering your money. Ask questions, read all information given carefully, and seek independent financial advice before committing yourself to any investment.

Please note that you have clicked on a link to an external website and are leaving www.Sharequity.com.au.

External links are provided as a convenience and for information purposes only. They do not constitute advice, an endorsement or an approval by Sharequity Pty Ltd, its directors, officers, employees or associates (including, without limitation, Big Start Pty Ltd) (together, "Sharequity") of any of the products, services or opinions of the corporation or individual's website.

Sharequity makes no representations or warranties about the accuracy or completeness of any information contained on an external website and bears no responsibility for the legality or content of the external site or for that of subsequent links.

Sharequity, its directors, affiliates, officers, employees, agents, contractors, successors, and assignors do not accept any liability for any:

The limitation on liability contained in this disclaimer applies to direct, indirect, consequential, special, punitive or any other damages that you or others may suffer, as well as damages for loss of profit, business interruption or the loss of data or information, as a result of relying on information accessible from our website, including using links provided to external websites.

You agree to comply with ours, and other websites' applicable terms and conditions, financial services guides, privacy statements, disclaimers and agreements.